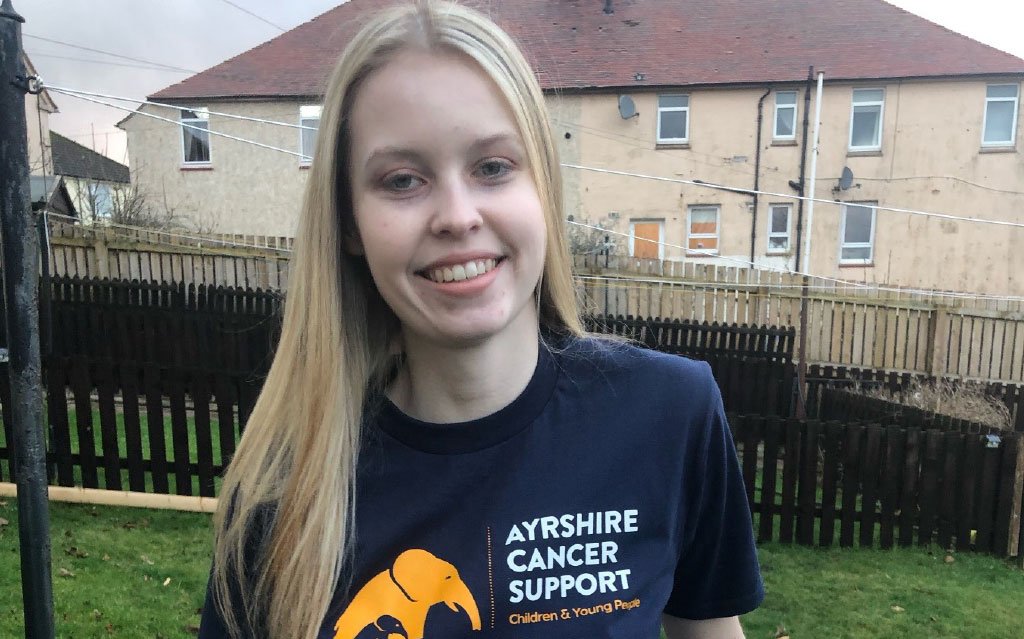 By jonathan@ninetwo.designDecember 6, 2021December 8th, 2021No Comments

I was just your average teenager. Fit and healthy and just about to start S4. Then at the age of 14, my life changed for the worse. If someone had told me that cancer was going to impact and change my life in some way, I would not have believed them. I most definitely did not expect the C-Bomb to explode into my life at such a young age, and I most definitely did not expect to experience it twice…

In 2016, when I was 14 years old, I developed pain in my lung. I used to joke that I had a ‘punctured lung’. I went back and forth from my GP and local A&E. A chest x-ray was taken however it came back clear, which caused confusion due to the amount of pain I was experiencing. Progressively the pain got worse, and I was given a diagnosis of Asthma. To help with any flare-ups I was given an inhaler which made me feel lightheaded when I used it so to help with this, I used a spacer. I then began to experience joint and leg pain, meaning I was back visiting the hospital again. This time I was given a diagnosis of growing pains. I could not understand why I seemed to be the only one experiencing growing pains to this extent. Soon it was a struggle to walk to school.

I was taken to my local A&E again, and from there they told us to travel to our local children’s ward. On arrival, my Mum told them that bloods had never been taken from me to try and diagnose what was wrong. They did a variety of tests including taking blood. After staying overnight, we were told they were going to transfer us by ambulance to the larger children’s hospital. I was admitted to Glasgow Royal Hospital for Children’s, Schiehallion Ward (the cancer ward) in May 2016. Shortly after being admitted, my Mum was given the devastating diagnosis that I had Acute Lymphoblastic Leukaemia.

“This horrific disease could not be running through the blood in my veins. They were wrong! There had been a mistake. I was fine. I felt an overwhelming flood of emotions and I struggled to express how I was feeling to anyone. The most prominent emotion I felt was hate and anger towards my consultant, who had given my cancer diagnosis. He was the bearer of bad news and to me, it was easier blaming him instead of admitting the truth… I had cancer… I had Leukaemia.”

I had 4 weeks of intense chemotherapy and the realisation soon hit me that I was unwell and there was a long road of treatment ahead. I was most worried about losing my hair and becoming the picture of what cancer was. I would not wash or brush my hair in case it fell out and kept it in plaits in the hope that it would just stick in my head meaning I would not lose any. To me losing my hair was going to be the hardest part of treatment. You can tell how uneducated I was on cancer. I became temporarily diabetic from taking steroids and then around 3 weeks into the chemotherapy, my stomach swelled, and I had severe pain. I called it my food baby as I was eating about triple my normal food intake.

Cancer took an extreme toll on my body, and I became very unwell extremely quickly, and I was transferred to intensive care initially to control my pain. My Mum had to stay in nearby accommodation provided by CLIC Sargent at the time. I was put into an induced coma, meaning that my memory of this time was foggy and black. I was unaware that I was fighting for my life. I was getting closer and closer to death’s door. My body was attacked by infections and illnesses which proved extremely difficult to treat. Cancer soon became the easy battle and ironically in the short term forgotten about. I had lifesaving surgery as my bowel had perforated and was leaking into my bloodstream. I had my appendix and part of my bowel removed and a stoma bag fitted. Coming out of the coma I was severely confused. I remember my mum asking me what month it was and the date I said was 2 months before. I believed I had only had a night’s sleep but instead I had lost 2 months of my life. The only thing I could do once coming out of my coma was blink.

After a long and painful fight, my body was on the mend. The cancer at this point was treated with maintenance chemotherapy pills, meaning I could slowly return to my normal life. However, my life was not normal or what I knew as normal and was never going to be normal again. I returned home after spending a total of 338 days in hospital and tried to jump back into my old life, but I could not as I was different. Everyone had different reactions to me and everything I was going through. I did not want things to change, it was hard to digest and accept the fact that I had changed. Cancer changed me. I still wanted to be just… Eilidh.

Unknown to us all at the time, when I had my tracheostomy operation, there was inflammation on the nodes in my neck. A biopsy was taken, and it was Thyroid cancer. The Doctors didn’t tell my family as I was so close to death that they didn’t want to add further worry and stress. Fast forward to 2019 and I attended an appointment at the Royal Infirmary in Glasgow at the ear, nose, and throat clinic. During my tracheostomy operation, my thyroid was said to be enlarged and this appointment was to discuss this. My Mum and I were taken in to see the consultant and his first words to me were “so the Thyroid Cancer…”. I could not believe it. At 17 years old I had not one but two cancers?! The emotions flooded through me, and I just wanted to disappear. I was nearing the end of my leukaemia battle; how could this be happening again? It felt as if I was a dice roll away to getting to the finish line but now, I was back to square one, having to do it all again.

I finished my chemotherapy maintenance pills on the 4th July 2019 and in some sense, I get to celebrate my own Independence Day! Independence from cancer. One of the most valuable moments I experienced regarding my journey with cancer is the day I got to ring the bell. I decided I wanted to ring the bell once all treatment for both cancers was completed, and I became officially cancer-free… these words still make me smile.

When all this began 5 years ago, I kept knocking on death’s door, never knowing if I would even make it to this moment. I am just so grateful that death was not in on the days that I knocked! On the BIG day, I met all my family at the hospital, and we headed up to the ward. Whilst going up in the elevator, it stopped on almost every floor and hospital staff started piling in as they were heading up to watch me ring the bell. By the time we got up to the ward and I saw the bell my nerves kicked in. The ward was almost half full of my family and so many incredible NHS staff from various wards. Taking timeout of their shifts. Some staff even came in on their day off, to witness this momentous occasion. When I looked out there were so many faces, some I recognised straight away, others I could not remember as I had been so unwell whilst they were treating me. Overall, I was so overwhelmed at the impact I had made on them and how they wanted to celebrate with me on this day. I was told that I was the first-ever person to write a speech, which I could not believe! My consultant Nick recited the small poem next to the bell and handed it over to me. I rang the bell back and forth and an uproar of cheering, clapping, and crying came from all around me. I had no clue what emotions I should display. I was overwhelmed with happiness. I did not know whether to display this with happy cheers or tears. All I knew was that my smile was the biggest it had ever been.

Shortly after treatment finished I felt a void. The whole cancer experience had been a big part of my life and I struggled to adjust to “normality”. About a month after finishing treatment, my mental health took a turn for the worse. Everyone classed me as ‘cured’ because the cancer was not running through my veins but mentally cancer was still controlling me. I forgot who Eilidh was as I was so used to being connected with cancer. I had to go on a journey of rediscovery and learn who I was without cancer. At present, I have decided to leave the door to my cancer life ajar, allowing me to pop back and remember the moments I want, but never staying. I continue to live in the present.

I will never forget my cancers but have now managed to take back control. Cancer has helped fuel me in rediscovering who I am now, who I want to become, but never forgetting who I once was. I use my differences, uniqueness, and quirks to make me powerful and understand my passion for change. Fighting for voices like mine who are unable to be heard. I would never wish cancer upon anyone but I would not change either of my diagnosis’ now.

To find out more about how you can help others Eilidh, please click the link to donate to Ayrshire Cancer Support. 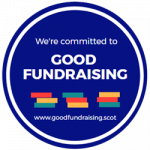